Roses, books, joy and love. If there is a day by antonomasia in Catalonia in which all these elements coincide is on April 23, the day of Sant Jordi.

It is a popular tradition that dates back to the fifteenth century and that today is kept alive. It is a popular day, which has crossed borders and generated that will be determined on April 23rd  as the International Book Day by UNESCO since 1996.

Undoubtedly, April 23rd is a day to live in the street, more specifically in La Rambla de Catalunya in Barcelona. A street that is full of book stalls and roses. Where great authors meet to sign their books. Where couples, friends and families stroll to enjoy the atmosphere of joy that is breathed. 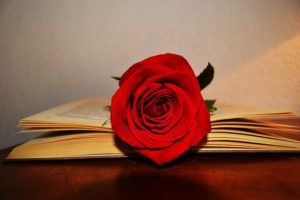 Sant Jordi is considered by the Catalans as the most romantic day of the year, a day in which, according to tradition, men give women a rose and women give men a book. Fortunately, things have changed and today everyone receives their rose and their book. But do not think it’s like Valentine’s Day that only couples celebrate it, in fact the grace of Sant Jordi is that you do not have to have a partner for it, since it is such a special day that even parents give their children a gift book and a rose. Even friends give each other a rose. And since it is not officially a holiday in jobs, bosses often give roses to their employees. 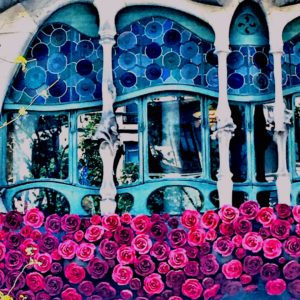 You can figure out how an ingrained tradition is Sant Jordi taking into account that in the schools from a week before the small children make roses in crafts, paper, clay and / or other materials that on April 23 will give to their mothers. And that same week is celebrated in all the schools and Institutes the Floral Week, recital of culture where all the students present their own stories and poetry.

Do you want to know which is the origin of  Sant Jordi’s Day?

The origin of the Sant Jordi Festival dates back to a legend that occurred in the Catalan town of Montblanc. 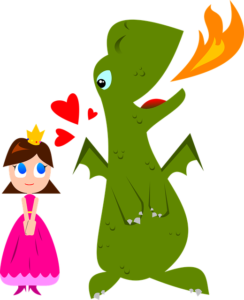 According to legend in medieval times, a small walled town lived in fear of a dragon. The fierce and insatiable dragon only left the population quiet when they gave him a young maiden who was chosen by popular draw. One fine day it was the princess’s turn and they gave it to the dragon.

She lived in fear, until one day a young gentleman, handsome and brave, appeared to his rescue. His name Sant Jordi. This one appeared with its sword and its shield, attacked the dragoon nailing the sword to him in the heart. The blood shed from the dragon became a rose. The dragon died and Sant Jordi rescued the princess. 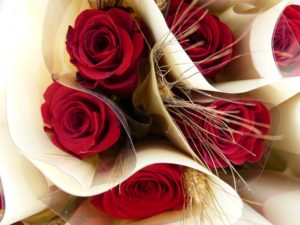 Unquestionably Sant Jordi is a day that yes or yes you have to live in Barcelona, ​​stroll along Las Ramblas despite the thousands of people there, let yourself be seduced by books and intoxicated by the scent of roses.

Not only that is a day when there are thousands of book presentations, there are concerts and poetry readings in different parts of the city. It is, really, a day that the city dresses in spring, literature, humanity, vitality. Sant Jordi is the most beautiful festival in Catalonia. And, even, of the world. 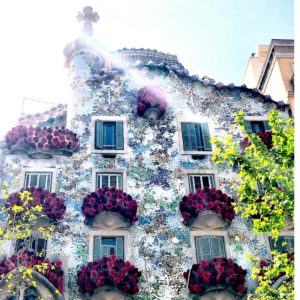